Long ago prevailed an Age of Responsibility. Where, each man owned up his responsibilities cleanly. He didn’t have to be told what he was to own. He was only told what he needn’t own. And, he owned the action, not the outcome or reward.

Which meant that he would take it upon himself to comprehend the situation in front of him, take the onus of coming up with a solution or way forward to fix it or settle it or solve it, all by himself. Conscious proactivity was both his duty and privilege.

Conscious never meant to stick to a professional definition like Doctor or Police, nor was it to execute a role like a parent, teacher, etc. To comprehend the issue, to come up with ways to fix it honourably and not merely hush it up, lay out a plan, organise resources, draw up a schedule, involve stakeholders, remain open to feedback and warnings so that costly and irreversible mistakes are nipped in their bud, never let oneself or anyone else be blindly defensive about anything, allow people to be cynical or critical and let the deeds speak for themselves—these were the marks of responsibility. For, the deed was far too important than anyone’s self-esteem, especially one’s own. There was nothing to prove through action, nothing to stake a claim for. Just a good old value or noble act: if a thing needs to be done, and if it can be done, move in and do it. As simple and as uncluttered as that!

Everything that came out of him—comprehension of what was to be done, action-plan, resources, efficiency in execution—finally got packaged into a service or product, offered to the world, to the situation, to the stakeholders and beneficiaries there. For people to use, try, and come up with their feedback.

To the man of responsibility, that old adage ‘man proposes, God disposes’, meant that he did what was necessary, based on what should have been understood, never allowing for looseness in perception or lethargy in action. He was accountable not just for his action, but primarily for his perception; how he saw the situation itself in the first place, what provoked him into action. Accountable to the very origin of responsibility.

And once he put the whole thing out there, protecting or defending nothing, he allowed the world to look at it, feel it, understand it, use it, reject it, disgust about it, rave about it, ignore it, criticise it, at will. It was all simple as far as he was concerned: What he had done had crossed his boundaries and gone into the hands of destiny. And, he would not control what was there, on the other side. He wouldn’t decide how people ought to perceive or receive it. He wouldn’t tell stories to make people consume it or feel good about it.

On the other hand, he invited people, society, history, and the wise ones, to come to judgments about it. He was always willing to explain his side of the case (the origin of the action), but he would never step into controlling or selling perception on the other side. That was God’s side! God had the power to dispose, and that power remains with God: The power of the ‘other’ to reject without even proper perusal, to come to wrong judgments because of oversight or careless observation, the power to dismiss the value of what was offered, the power not to recognise and hence not to reward—all of it belonged to Him. The responsible man would never covet that power! He would let it be with God.

The man of responsibility never controlled outcomes. But, he was entirely accountable for it. Right from perception—whether he even understood what needed to be done—to planning, to the way he raised resources, to how he used them, till how it finally got executed.

In other words, to the responsible man, there existed two sides to every situation. The first was the side of action, that is he himself—his comprehension, his execution, and how much of himself he brought to bear in the transaction. The second was that of the ‘other’, over which he had no control or influence. Even if situations turned favourable—where he enjoyed absolute trust and freedom to proceed with things the way he deemed fit, without ever being questioned or rejected—the responsible man continued to maintain the two sides. He would never allow that division between him and God to collapse, ever! For, what man was to do, he had to do; and, what God or destiny had to do, it had to do. One can’t replace the other.

Actions would be monologues if you didn’t discover these two sides. Almost robotic. You believe in something, and you merely execute a pre-programmed template, allowing for some feedback and correction. Such actions are not only blind but careless.

The man of responsibility didn’t stop at maintaining this line of Dharma, between him and God. He was continually listening to the ‘other’ too. Not just as feedback to what he had proposed through an action, but with active interest. He would be a keen student of destiny and the ‘other’, and that is how the ‘other’ could always reasonably influence the origin of his actions itself. Yet, his initiative remained original. It came up from the purest point within him. The responsibility towards creation, towards humankind, towards everything here. Not merely what he owed, but what he could do. It was about expressing oneself most constructively while serving the most meaningful cause out there. Giving the power of proactivity its full sway, and placing it well in God’s world.

To be responsible at the deepest core of yourself shall never make you a slave of action; therefore, there exists no fear of life turning monotonous. Instead, every action becomes an opportunity for you to find the deepest recesses of yourself, to come up with something more to offer as oblation to the karma yajña, and it is through each specific oblation will you discover one more dimension of God out there. Remember, ‘man proposes, God disposes’? What you bring up for proposal in transaction and action is what God shall accept, reject, dispose of, put on hold, regard it immediately, or take it off from you not bothering to seek permission. So, if in your proactivity, you can come up with every little nuance, every conflict, every challenge, every good emotion, and place it on the table out there, offer it as an oblation, you are pushing God to respond to everything you offer. The substance and quality of what you put forth alone elicits the corresponding response. That is how you push action to a very different orbit altogether; there is no longer the pressure of reward or constraint.

I began talking about an ‘Age of Responsibility’, right at the start, as though, there existed such a time in the past, thousands of years ago, when man was pure. Well, no such pure times existed in the past. Then, why allude to such an age, you may ask.

Truly, none consider the ideal or utopia fully. We are constantly disrupting with our constraints, with our complaints about how unrealistic it is, without even allowing the heart to absorb the ideal fully. So, writers of today, as well as our Vedic seers, have talked about such ages and spaces where purity prevailed. Only to delineate in full what that purity would be, when it acted and pervaded thoroughly.

Is this then merely a writing style? Where the writer grabs the attention of the reader to transport him to an idyllic space and time, urging the reader to forget his present condition and constraints, walk into a land of wonder, and make him feel good? And then, is it left to the reader to decipher how to translate that idyllic world into the current world of constraints, conflicts, and mediocrity?

Well, well, well… there is more to it than meets the eye. Chronologically, if you went into the past, you probably would never find such an age of purity. But, if you considered the ‘Age of Responsibility’ as a psychological past, as a movement towards your origin, then, such purity shall indeed be experienced and seen. At your origin, you are indeed pure; that is how you would know and see it. And, drawing from that purity, and distorting it out of ignorance, you have landed in the current mediocrity. And, therefore, when you are transported back to your origin, albeit briefly, you do feel good, don’t you?

Because, it is yours, which you have abandoned, and disfigured. Go take a dip into your past, into your origin! That is the ask. And, see whether you can make up your mind to not merely take frequent dips, but stay there, at your origin, and operate from there, in the current world. That is the expectation from you.

PrevGod, Light and the Sacred
Setting Your Priority RightNext 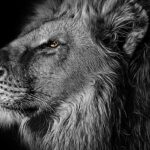 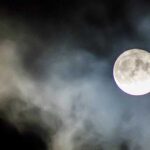 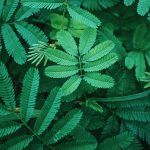 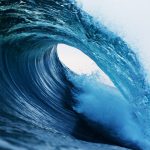 The Inner Journey of the Sannyāsī 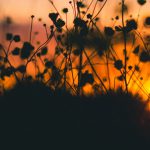 Stances of the Soul 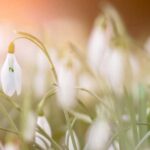 Will you heed the call? 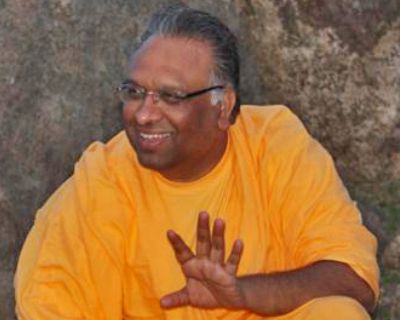 Sudheendra Chaitanya is a Hindu monk based in Bangalore, India. After completing Engineering, he studied the scriptures at Chinmaya Mission in 1991, and continued with Mission work until 2005.

He now chooses to spend time with himself, observing life—people and happenings—keenly, and his insights flow out as writings. As a serious investigator into the core issues of life, Sudheendraji connects to people and subjects of life alike…with intimate directness. He has also authored several books. Notable among them are Blooming in the Open, The How, What and Why of I and God and Personal Worship. In a lucid narrative, his writings deliver fundamental insights, ruthlessly searing through conditioned thoughts and beliefs, but nourishing the soul with care.